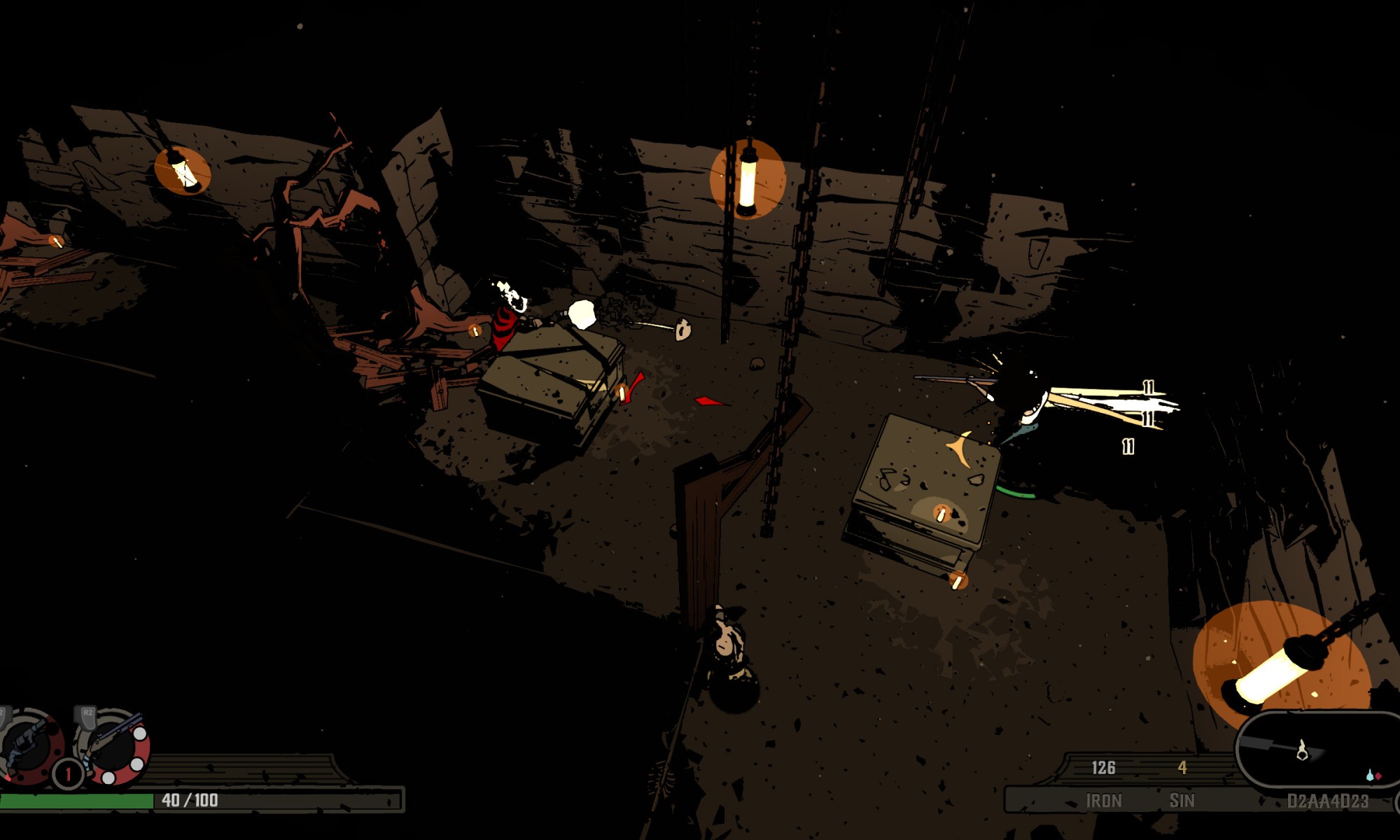 Purge the undeserving dead in West of Dead, Upstream Arcade’s stylish vision of a Wild West beset by wandering souls. Since its announcement in November of 2019, West of Dead has enjoyed a series of betas open to the public. The next wave of testing crashes in on April 30, and will be available to play for free on PC. Upstream Arcade, based in the United Kingdom, describes their supernatural shooter thus:

“Descend into the grim and gritty world of Purgatory in this fast-paced cover shooter which combines the fluidity of twin-stick controls and tactical cover usage. Dodge behind cover as you try to outgun your enemies in the unknown procedurally generated hunting grounds.”

It’s 1888 and you’re a dead man. Literally. Wield William Mason in a world both brutal and darkly beautiful. In a superb achievement of casting, Upstream Arcade deepens the atmosphere of their universe by bringing in Ron Perlman (of Hellboy, etc. fame) to voice Mason’s guttural and nonchalant commentary. West of Dead is slated for a full release sometime this spring on all available systems.