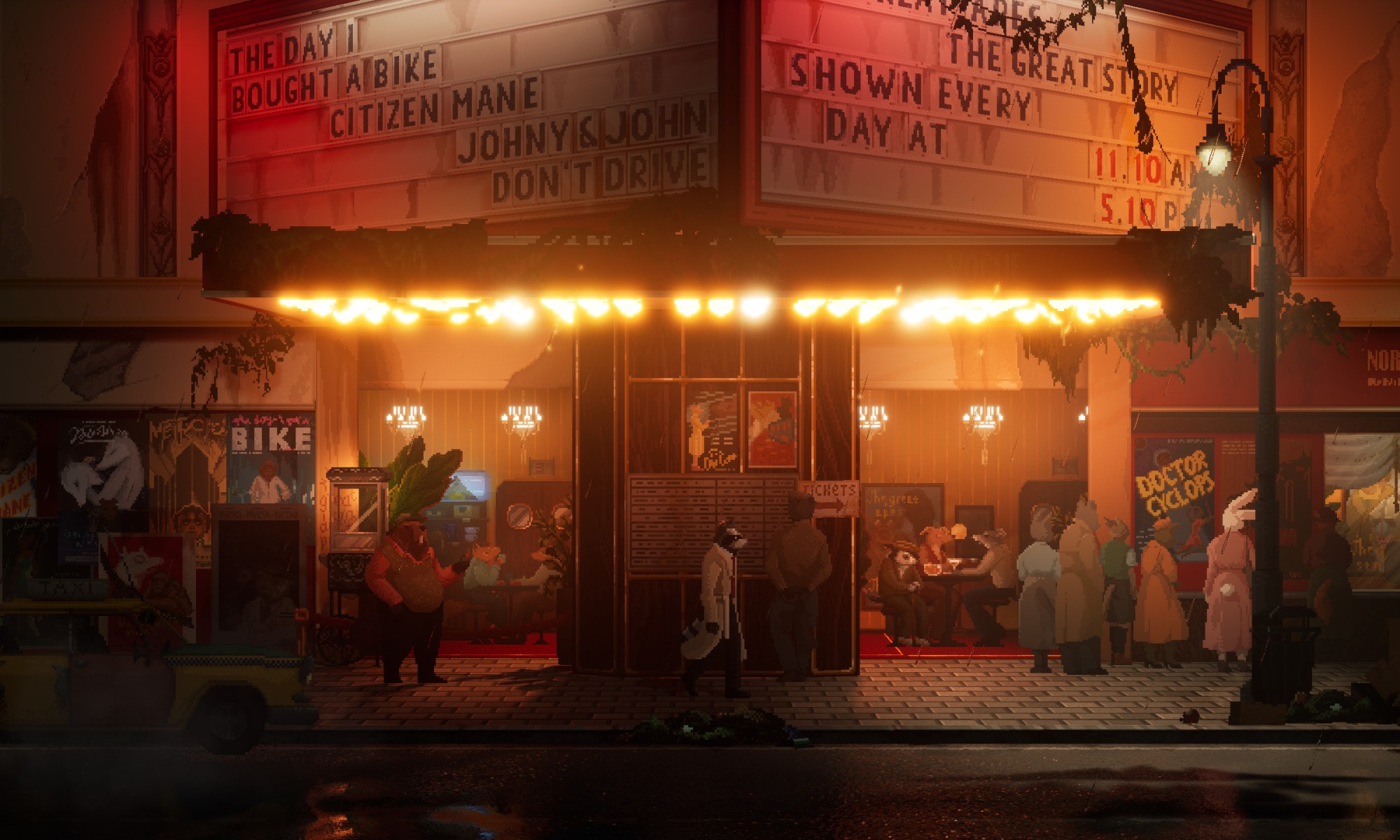 Take the bait and feel its hook sink into you with studio EggNut‘s pixel-art Backbone: Prologue, live since April 24. Backbone is a dystopian point-and-click that follows private eye Howard Lotor as he navigates his way through an alternate Vancouver and its many mysteries and malignancies. The prologue was released on Steam as a demo, proffering players a taste of the grandly grim tale that awaits in the upcoming full version. Backbone: Prologue describes itself with the following:

Backbone itself is due sometime in 2020 on Steam, but details are as scanty as the clues Howard seeks. While the primary gameplay revolves around the standard point-and-click style, EggNut promises a fresh fusion, combining exploration and stealth mechanics in order to devise something new. Backbone: Prologue is a free-to-play demo, making it an easy impulse “buy” for any evening needing a dash of heady anthropomorphic noir.