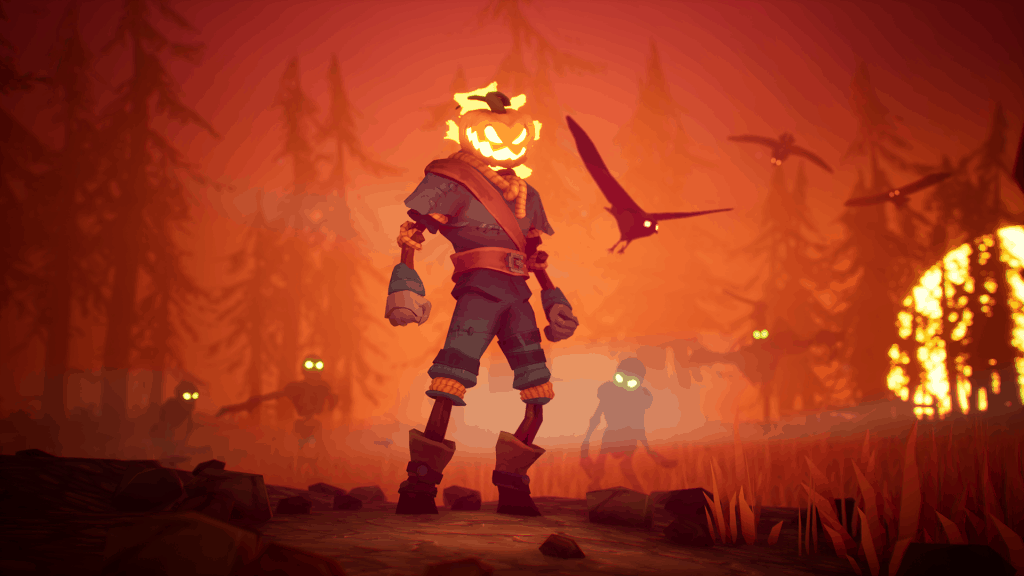 It seems a given that a project like Pumpkin Jack would come out around a certain spooky holiday, but the release date has been kept a terrifying secret–until now. Developer Nicolas Meyssonnier announced on October 6 that Pumpkin Jack would be making its frightful entrance just a week or so before Halloween itself. Pumpkin Jack is summarized with the following:

“Pumpkin Jack is a Spooky Scary 3D platformer in which you embody Jack, the Mythical Pumpkin Lord! Dive into an Epic Adventure through otherworldly landscapes and help the Evil annihilate the Good!”

A demo has been available since February, haunting many players with the tantalizing prospect of what was to come. In Pumpkin Jack, set forth by the devil’s command to slay your dread rival. Your world is the Boredom Kingdom, an eerie cartoon universe oozing with puzzles, enemies, and companions–a universe altogether too perfect for a Halloween release. Pumpkin Jack releases on all major systems except PS4 on October 23.