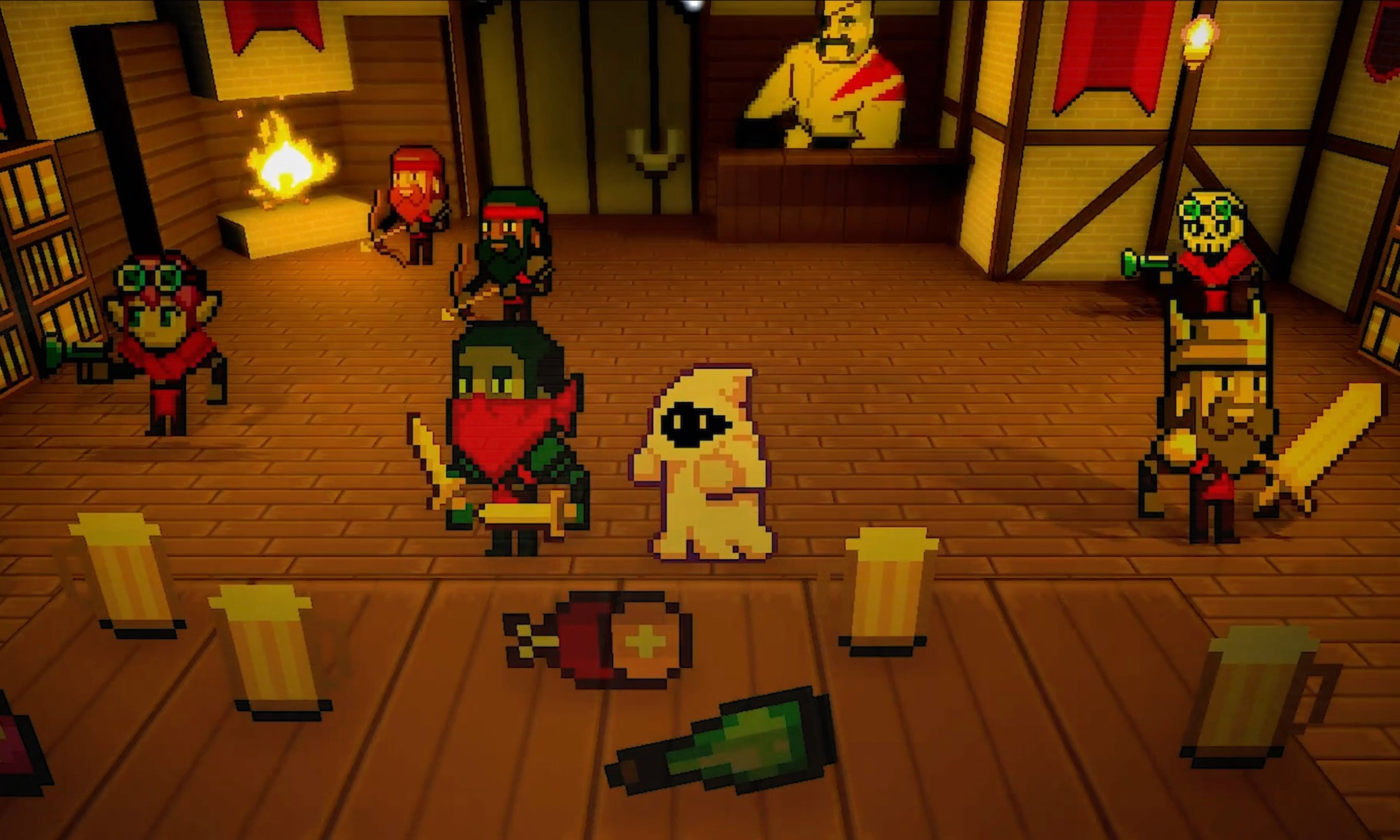 The healer’s day has come. Gone are the quiet, simmering frustrations of following an overly aggressive team to their doom. Gone are the moments of silent rage as the team celebrates only the attacking heroes. Healers, studio Blue Bomber Games sees you. And with their rogue-lite Looking for Heals, Blue Bomber Games is handing leadership over to you. Looking for Heals describes itself with the following:

“Command your squad of warriors while keeping them from an early grave in the only rogue-lite where the healer calls the shots. Heal, shield, and resurrect your way through a world filled with tough choices, powerful items, and elaborate boss fights inspired by MMO dungeon raids.”

The title has already won interest and acclaim, taking home “Best in Georgia” from MomoCon 2019 and enjoying official selection to the Indie Mega Booth at GDC Showcase 2019. Real-time combat plays out in procedurally generated levels, all of which are lovingly swathed in a charming pixel-art aesthetic. Looking for Heals has enjoyed an Early Access status on Steam, but looks to release in full sometime this summer.