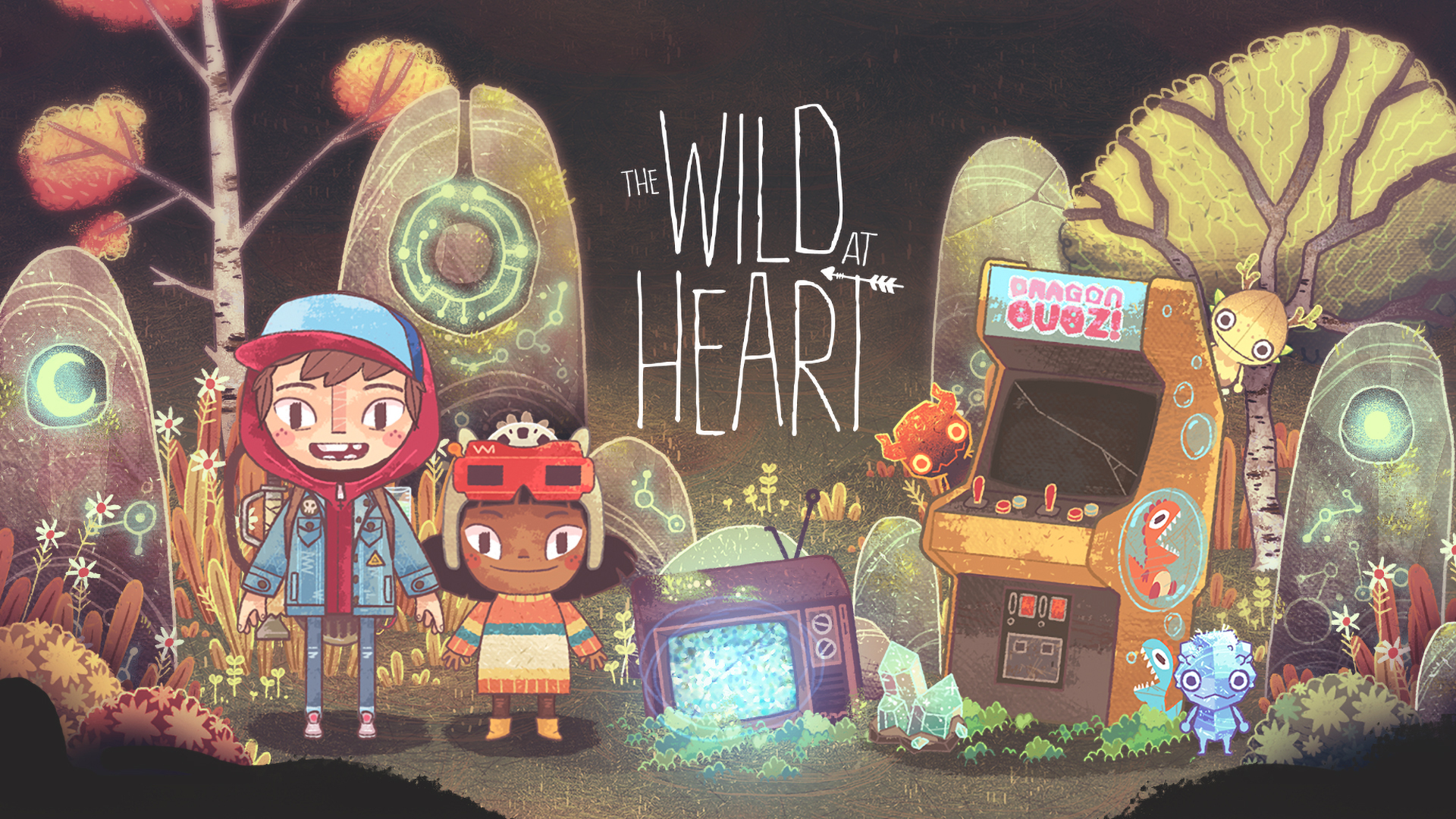 Split between Georgia and Oregon, Moonlight Kids is the gifted dual-state studio behind the marvelous upcoming The Wild at Heart. Revisit your long-lost childhood with its many dreams, its many terrors, and its many enchantments in The Wild at Heart, which features a clever concoction of multiple genre mechanics. Already making waves in the crowded indie seas, Moonlight Kids is poised to strike with their exquisite gem and undoubtedly leave a lasting impact. We had the pleasure of speaking with Moonlight Kids about themselves, and about the magic they’ve managed to harness for their in-development game.

|| How did Moonlight Kids, the studio, come about? We hear you have members both in Portland, Oregon, and Atlanta, Georgia. How did you meet? What’s the magic glue that binds you together?

Moonlight Kids is kinda the mashing up of two studios actually! Justin and Alex worked with Chris on multiple games when Chris was a producer with Cartoon Network Games and formed a really great working relationship together. Meanwhile Chris was making some games on the side with Ankit, and eventually started their own studio as well. For the next few years both studios kept in close touch but rarely got to work together, staying busy with separate work-for-hire game projects. But all of that changed in 2018 when the stars aligned and we decided to form a new studio to produce Wild. Everyone really brings their own expertise and creative perspective to the table and we complement each other really well. Of course we’d be a bit remiss not to mention our collaborators; composer Amos Roddy and audio designer Matt Morgan! Their beautiful sounds round out the team and really bring the game to life. And yep you are correct, Alex and Ankit are based in Atlanta while the rest of us live in Portland. We all work from home and operate entirely remotely. No actual studio space to speak of, just a lot of chat channels, voice calls and screen shares!

|| What different strands of inspiration are woven throughout The Wild at Heart? The Wild at Heart features an enchantingly quirky aesthetic. Were there other titles or forms of media that helped to spur the story and style for this game? Life experiences?

A lot of it is trying to capture the lens of youth and running with wild ideas the way a child would, you don’t exactly use moderation or worry about if something is too over the top as a kid. We as a team are trying to tap back into that place. In terms of outside influences things like “Where the Wild Things Are,” “The NeverEnding Story,” and Ghibli films are some examples. There are also some more mature influences that deal with childhood in a more honest way, such as “IT,” “Stand By Me,” and “Pan’s Labyrinth.”

|| Give us the skinny on the gameplay. In other places, you’ve described The Wild at Heart’s adventure as having Pikmin-esque creatures, crafting, and strategic planning. Can you walk us through what an average in-game experience with The Wild at Heart will look like?

With The Wild at Heart we’re taking the herd-based strategy elements of games like Pikmin and placing them in an interconnected world full of quirky characters, resource-collection and crafting, a bigger emphasis on story, and more. Throughout the experience the player will be tasked with exploring and charting more and more of the world, uncovering its secrets, helping its inhabitants, opening up shortcuts, and solving the mysteries of the Deep Woods. A typical play session might have you venturing out from The Grove (the central hub of the world) in search of someone lost, only to find they are somewhere inaccessible to you. So you might start by exploring the surrounding areas to find a new type of spriteling, build up a larger herd, or collect resources for crafting items or upgrades – all in service of tackling the environmental hazards, enemies, and puzzles that stand in the way. Meanwhile you’re contending with the day/night cycle, having to be aware of the dangers of darkness. However, while venturing out at night is riskier, areas full of rare treasures and encounters are only open under the light of the moon. So there will definitely be some preparing and planning to each day while weighing risk and reward. All that said, we’re really trying to make something that combines some of our favorite game mechanics and themes, and expand on them in a unique, interesting way. We are excited to share more about this in the future as the game progresses!

|| What was the most memorable moment of your GDC 2019 Indie MEGABOOTH experience? Was there player feedback that surprised you, or maybe an unexpected incident that resulted in something interesting?

Hmm this is a good question! So many great moments immediately stick out, but perhaps one of the more memorable ones was someone coming by right after lunch on Thursday, sitting down, and just playing the game non-stop for an hour and then ending up missing a meeting she had planned! Our demo is arguably a little long for a show setting, coming in at around 20-25 minutes if you make it all the way through. But to play for an hour was just wild to us! We honestly didn’t even think there was enough to do in the demo for that long, haha. It was just lovely to see her enjoying her time that much to just keep on playing. And some of the ways she found to fill in that time were pretty creative and interesting! It also gave us a lot of confidence in and new ideas for the aspects of the game that revolve around collecting and crafting, which were all new in that build of the game.

We have a lot of cool plans in the works that we’re super excited about, but nothing quite ready to be announced just yet 🙂 The best places to stay up-to-date on our news would be our blog, our Twitter, or our Facebook. You can be sure any big announcements will be blasted out to all those channels! In the meantime we’re working hard on adding tons of new features and content into the game. With the rush of GDC behind us, we’re looking forward to a nice stretch of time to hunker down and get good work done.

|| At the end of the day, what do you want players to take away from their time with The Wild at Heart? Is there a particular (spoiler-free) message, feeling, or experience you’re looking to convey?

Well, the first and most obvious answer is that people have fun and feel immersed and invested in the world and characters we are creating. On a more thematic level we’d like to evoke feelings of youth while staying true to the challenges and emotional nuances of childhood beyond just aiming for surface-level nostalgia. While the game is intended to be charming, we are also touching on things like trauma, mental health, coping mechanisms, and self discovery. We’d like people to get something out of that for themselves as well.

|| You get to collaborate with any game studio on any game, past or present, to reimagine it in The Wild at Heart’s art style. What game and what studio do you work with, and why?

There are a lot of interesting choices to consider there! Definitely some classic Nintendo games but if we had to pick one Team Cherry would be an amazing studio to collaborate with. Hollow Knight is a huge favorite among all of us and they are a studio we really respect. It would be fun to see how a metroidvania like that would work in a collaboration, however their aesthetics and gameplay are already really excellent.