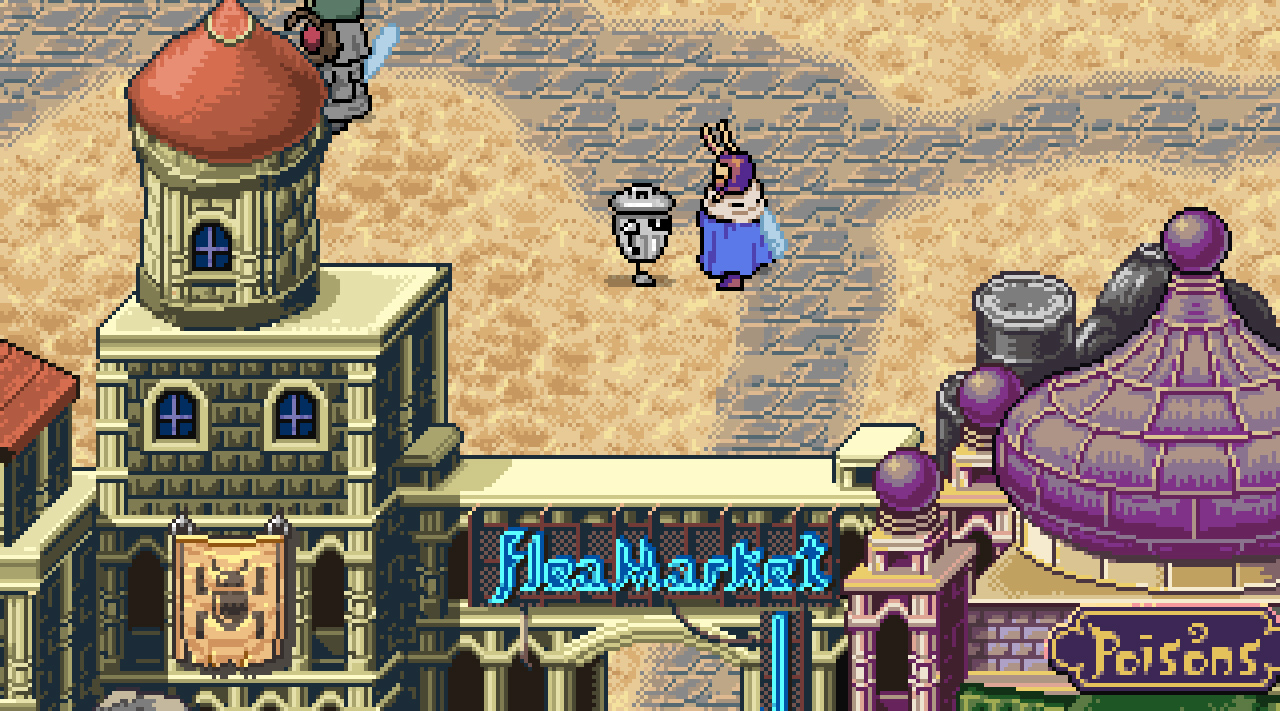 “Accompanied by your best friend Ratavia, embark on a perilous quest from the Trashmounds of Garbagia to the Faucet Falls of Detergeos. Brave dank, dangerous dungeons, face-off against fearsome, filthy foes, and build a party tough enough to tackle the toxic threat.”

The alliterations alone are enough to assail our attention. While a Kickstarter campaign is promised, there doesn’t seem to be any word yet on how far out we might be from seeing this potential masterpiece go live. Even the development team is swathed in mystery, its members boasting names like “Solar Mongoose” and “Brains.”

We do know this indie is planned for a PC and Mac release, but a console release seems dependent on funding. Kingdoms of the Dump, we salute you, and we’ll be eagerly watching your Twitter account for newly recycled news.